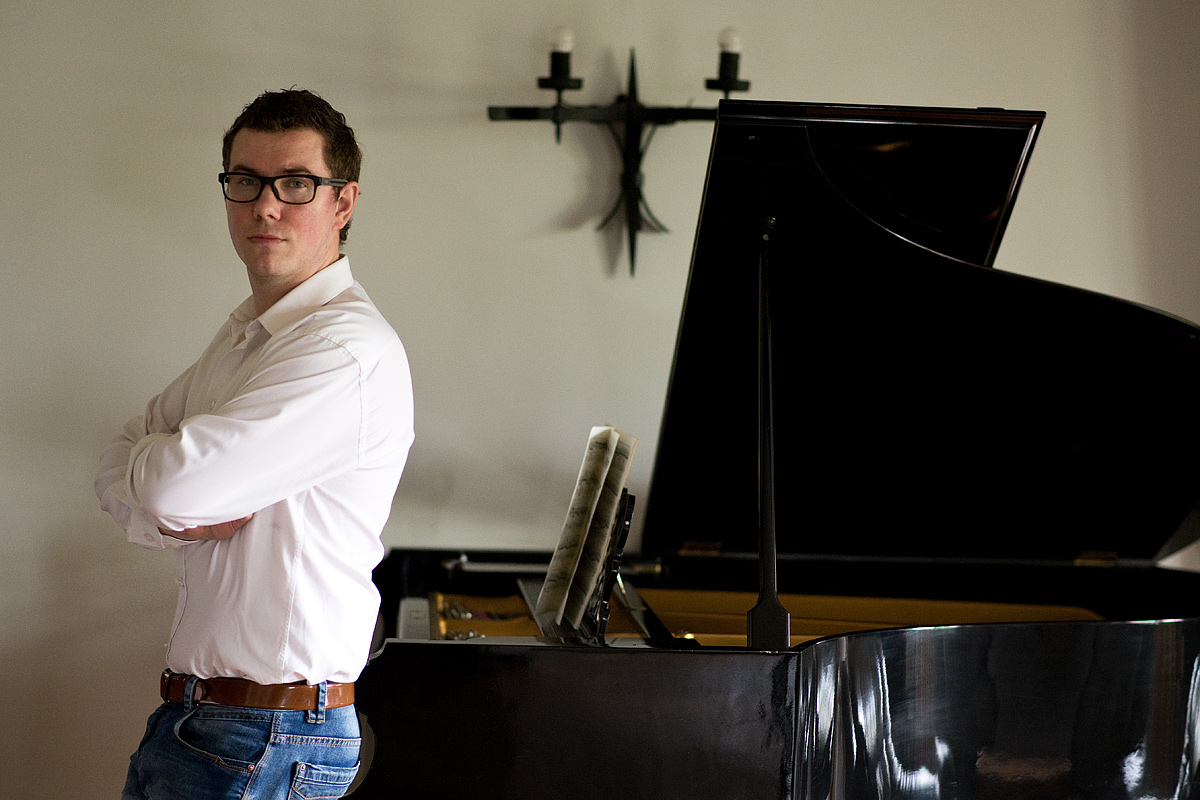 He is a graduate of The Fryderyk Chopin University of Music in Warsaw. In 2015 he received the Doctor of Musical Arts degree in the same place. He is a graduate of Cardinal Stefan Wyszyński University in Warsaw - Faculty of History and Social Science, speciality in Applied and Theoretical Musicology. He took part in educational course in the same place. During 2011-2014 he attended postgraduate studies in the theory of music. Together with writing science papers, he also takes part in popular science activities. During 2005-2006 he cooperated with monthly periodical "Muzyka21", where he published 40 records- reviews.
In 2005 he was accredited as a reviewer in XV International Festival of Sacred Music ?Gaude Mater? in Częstochowa. He reported from this event in "Seminare" periodical and in English weekly ?The Warsaw Voice?.

His artistic output shows his interdisciplinary interests. He is successful in all of the fields he works with: artistic activities, academic work, and educational activities.